Fadal CNC manufactures CNC mills and turning centers. It made its first CNC mill in 1980 and became a leader in CNC machinery technology until they closed in 2008. Newer versions were later created in 2014 by Merrill Technologies. Many pre-owned and used Fadal CNC machines are available for sale with many used Fadal listings containing low hours. 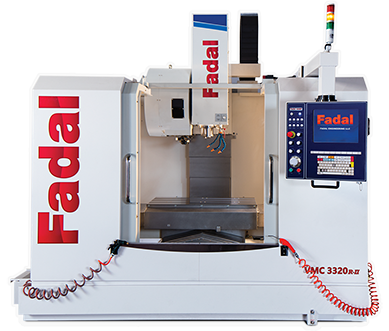 Fadal Machine Tools is a manufacturer of CNC driven Mills, Vertical Machining Centers and Turning Centers that prides itself on being for machinists, by machinists. The company debuted its first CNC machine in 1980 and was a leader in the production of Vertical Machining Centers before closing its doors in 2008. In 2014, partnering with Merrill Technologies Group, it launched the newest versions of the classic series, the VMC2516, VMC3016, VMC4020, VMC6030, and VMC8030 and introduced its turning centers, the FG5, FL6, FL8, FL8L, FL10, and FL12. Fadal offers CNC machines at reasonable prices, incorporating both vertical machining centers and horizontal CNC lathes. The goal of the new Fadal was to bring back to market an easy to use CNC machine tool of sound design and state-of-the-art technology, according to Tim Consalvi, the director of sales, according to the press release issued July 17, 2014.

The process controllers evolved on Fadal machines and were named the 1400-X, CNC88, CNC88HS, CNC32MP, CNCMP and CNC Multi-Processor. The early VMC45 and VMC40 had the processor called the 1400-1 and was based on Intel 8080. As the Intel processors improved, Fadal added increasing dash numbers to 1400. The memory in these machines was used to store the CNC part program, tool data, fixture offset data, SETP parameters, and backlash. The CNC88 was based on Intel 8088 processors. and in later versions, the MP referred to Multiple Processors since it better described the architecture of many CPUs working at the same time. The MP controllers improved the speed of the loop position of each axis down to just 1-millisecond intervals.

Note: If purchasing a Fadal CNC machine with an old processor, it is helpful to know that old process controllers on Fadal machines can be replaced with new controllers.

The controller released on new CNC machines is the Fadal 64MP CNC Controller. This controller was introduced in 2014 and functions with the same language and compatibility of the legacy controllers, but with greater processing power and speed. This improved accuracy while keeping the simplicity and a price-point that customers prefer.

Since numerous Fadal mill models have been released, there are many things to consider including travel, spindle speed, and tool capacity when deciding which Fadal CNC is best for your application. Always read the technical specifications to compare specific machines. 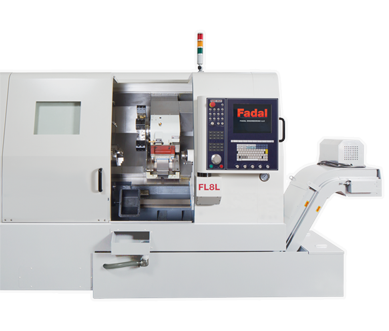 Fadal also builds horizontal turning centers for machine shops, production shops, tool rooms and more. Fadals CNC turning centers come in a growing number of diameter and length capabilities. They are designed to use the same controller as the Fadal VMCs, the Fadal 64MP CNC Controller. These are lathes for part producers who need low operating costs and capital investments but like many features as possible. The machines can be linear, roller or box way construction designs and come with turn diameters from 5.3 to 13.7, with larger diameter capabilities to be released in the future.