Daewoo CNC now known as Doosan CNC machines is one of the largest CNC manufacturers that build many types of CNC including; milling machines, horizontal machining centers, vertical machining centers, and CNC lathes. To this day you can still find Daewoo CNC machine turning centers under power and producing at many US manufacturing facilities. Our customers list all Daewoo machine tool models including Daewoo Puma, Daewoo Lynx, and other Daewoo CNC Mills. Our expert sales team can help you find the right Daewoo product line with the right chuck size, twin turret or any other specifications you need. 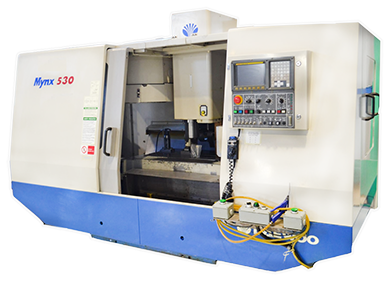 The Daewoo brand of CNC machine is part of the Doosan CNC Machines product line. Doosan acquired Daewoo in 2005. At that time, Daewoo Heavy Industries changed its name to Doosan Infracore America Corporation. It was founded in 1967 and had been producing the Puma lathe since 1980. Both Doosan and Daewoo are Korean companies.

The Daewoo group failed in 1998 due in large part to the 1997 Asian financial crisis. Doosan CNC entered the US market in 1996. As a Korean manufacturer, they had to fight the perception of being low-end. So, they invested heavily in R&D to compete with Haas and Mazak, among others.

The Daewoo and Doosan brands focused on the structural components in terms of stability, stiffness, and thermal expansion. Their engineers produced equipment with broad application for end-users and modular elements across multiple series and models. This kept the cost of production down and targeted a different market than high-end brands like Mazak. In the metal cutting industry, Doosan machine tools, such as the Daewoo Lynx, are known for their powerful motors and heavy-duty construction. The Daewoo CNC machines are not built to spec for specific applications the way that many Mazak and Haas machines are.

The Evolution of Doosan CNC Machines

Many used Daewoo CNC machines are still under power and producing parts in the United States. It is common to find vertical machining centers, Daewoo CNC lathes, and Daewoo CNC mills dating back to 1996 since these machines were built for longevity.

In 2010, Doosan introduced a new design of Daewoo Puma machines called the 5th generation turning centers. They designed 36 models which had wider box ways, powerful Y-axis, and the ability to make more types of parts. These machines had a higher static stiffness, heat walls, fans, and a new coolant system to eliminate thermal deformation than previous versions.