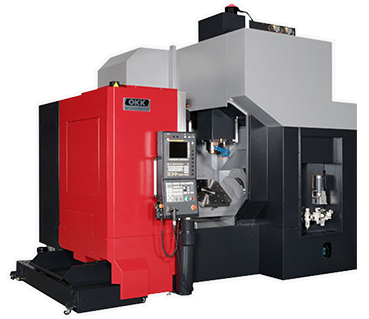 OKK Corporation has been in business since 1915, though under different names over the years. In 1998, they received their first significant order for horizontal machining centers in the United States, (which were purchased for use in the automotive industry). You can find machines from OKK CNC manufactured as far back as 1988. They have offices around the world including in Canada, Mexico, Korea, Indonesia, China and Thailand.

OKK USA is Based in Tokyo

OKK CNC is a publicly traded company on the Tokyo Stock Exchange. As of 2018, OKK Corporation is reported to have 759 employees around the world and nine subsidiaries. In the United States, the OKK USA Corporation head office is located in Glendale Height, IL (near Chicago) and a regional office located in Irvine, California. Machine tools are OKK Corporation's core business, and they are focused on creating heavy duty cutting tools with high rigidity for higher efficiency and increased machine accuracy. For support, they suggest calling 630-924-9000 or sending them a message.

OKK Corporation uses controls from Fanuc and Mitsubishi on their CNC machines. You should find listed the specific type of control on each individual listing. Keep in mind that you may be able to update controls if you are buying an older machine. If you find an OKK VM7 for sale, look for the Fanuc 16i control. This is an example of the control types common on OKK CNC machines. 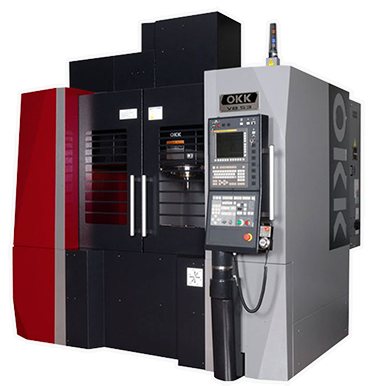 The OKK horizontal machining center comes under three main series types as of 2019, the MCH R Series, HMC Series, and HM Series. The MCH R Series is designed for ultra-heavy-duty cutting with large box ways and high torque spindles which work well for exotic materials. If you need an OKK horizontal machining center that can handle hard to process materials like Inconel, titanium, and Hastelloy, this could be a good series of machines for you to consider. You will find the model numbers all start with MCH and end with R in this series. This series has been in production for a while, though not with the R until recently. The newest models are designed to produce up to 1,348 ft/lbs of spindle torque.

The OKK horizontal machining center series with the most options is the HM series. It comes in a large range of sizes and with 50 taper and large cross roller guides. The HM1600, for example, has 94 x 64 x 68 (X, Y, Z-Axis) travels, 50 spindle taper, FANUC 31-iA5 controls and a cutting feed rate of about 788 ipm.The OKK horizontal machining center HMC series is the fastest series reaching 1G in acceleration with the largest cross linear roller guides in class and 40 taper spindles. They are constructed with lightweight columns featuring a rigid stepped X-axis rail design and have a rapid feed rate of 2480 inches per minute on the 2018 models.