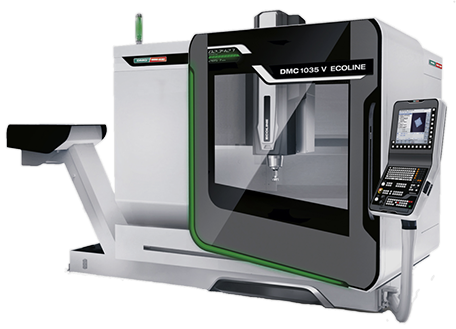 The Start of DMG Mori

DMG Mori is a global company with headquarters in Japan and operation bases in Japan, Germany, Italy, China, Poland, and Russia. In total, they have over 12,000 employees in over 44 countries, with the majority of the employees located in Japan and Germany. They have sales offices throughout Europe, Africa, South America and 25 locations in the United States. The United States sales make up just 16% of revenue according to a 2016 corporate report.

DMG Mori Seiki has a history going back to 1948 where they started in the manufacturing of business textiles. In 1983 Mori Seiki established a USA branch and was listed on the Tokyo Stock Exchange and Osaka Securities Exchange. Around this time, they began to manufacture both vertical machining centers (MV-40) and horizontal machining centers. By 2003 DMG Mori was deeply involved in the development of machine tools technology such as the DCG (driven at the center of gravity), DDM (direct drive motor and BMT (built-in motor turret). Gildemeister established Mori Seiki Sales and Service and acquired other various businesses before it was absorbed along with Mori Seiki beginning in 2009. In 2013 the company names all unified under the name DMG Mori. Management consolidated in 2014 with completed business integration by 2016.

Mori Seiki manufactured Fanuc control CNC Lathes and turning centers under the name Mori Seiki throughout the 1990s until 2013. Numerous Mori Seiki engine lathes, twin turret CNC lathes, turning centers, twin spindle with live tooling lathes and milling centers are still in hot demand. You will sometime see the name DMG Mori Seiki on equipment which encompasses both name brands together. All Mori Seiki CNC machines are supported by the current DMG Mori company. Contact your DMG Mori representative or call their hotline at 1-800-DMG-MORI (800-364-6674) if you have any questions about support or upgrade on a Mori Seiki CNC machine.

DMG Mori offers 24/7 support for its machines. You can place a hotline call to 1-800-DMG-MORI (800-364-6674) to ask any questions you may have about DMG Mori or Mori Seiki CNC machines. According to their research, over 75% of the problems encountered by their customers are resolved with this telephone service. DMG Mori carries over 50,000 spare parts in their Dallas, Texas facility. They are typically able to ship spare parts within 24 hours. DMG Mori offers training courses through their DMG Mori Academy which you can reach at 847-593-5400.