Mori Seiki, Also known as DMG Mori has a line of Mori Seiki lathes going back to the early 1990's. Mori seiki lathes, and turning centers are still under power and available for sale in the US. These machines are quality CNC lathe machines that is ready to help your production. 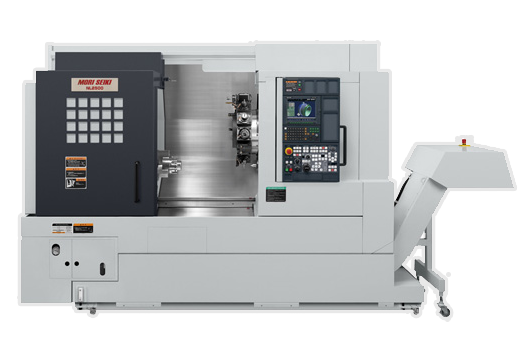 Mori Seiki manufactured Fanuc controlled CNC lathes and turning centers under the name Mori Seiki from the 1990s until it was acquired by DMG Mori. Numerous Mori Seiki engine lathes, twin turret CNC lathes, turning centers, twin spindle with live tooling lathes and milling centers are still in hot demand. You will sometime see the name DMG Mori Seiki on equipment which encompasses both name brands together.Until this day there are many Mori seiki lathes under power and producing parts.

The current DMG Mori Company supports all Mori Seiki CNC machines. Contact your DMG Mori representative or call their hotline at 1-800-DMG-MORI (800-364-6674) if you have any questions about support or need a Mori Seiki lathe manual.